You have permission to edit this article.
Edit
Home
Locations
Careers
About
Contact
1 of 3 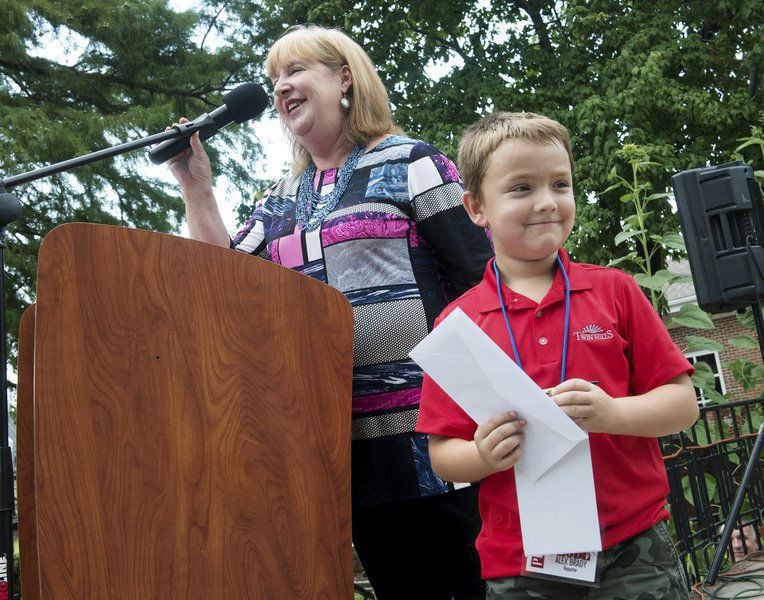 In this photo from 2016, Joplin Globe Executive Editor Carol Stark presents Alex Brady with an honorary press badge, pen and notepad, and contribution to his college fund during a celebration for the Globe's 120th anniversary at Spiva Park. 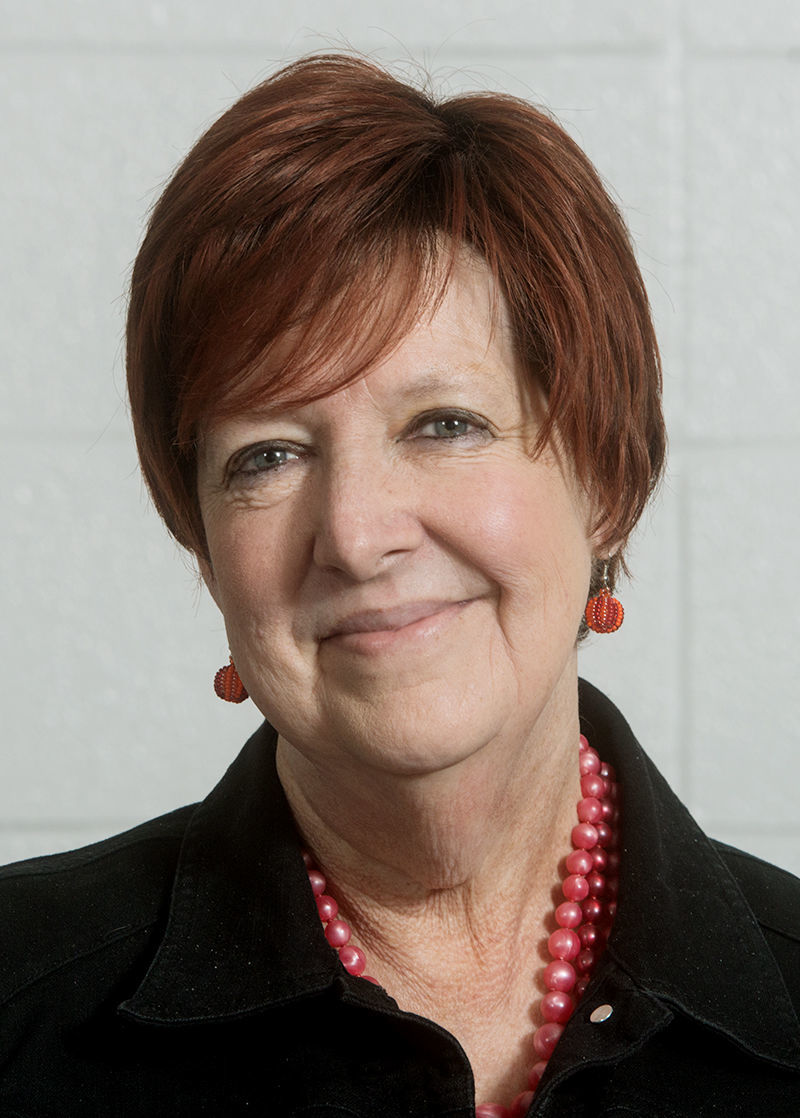 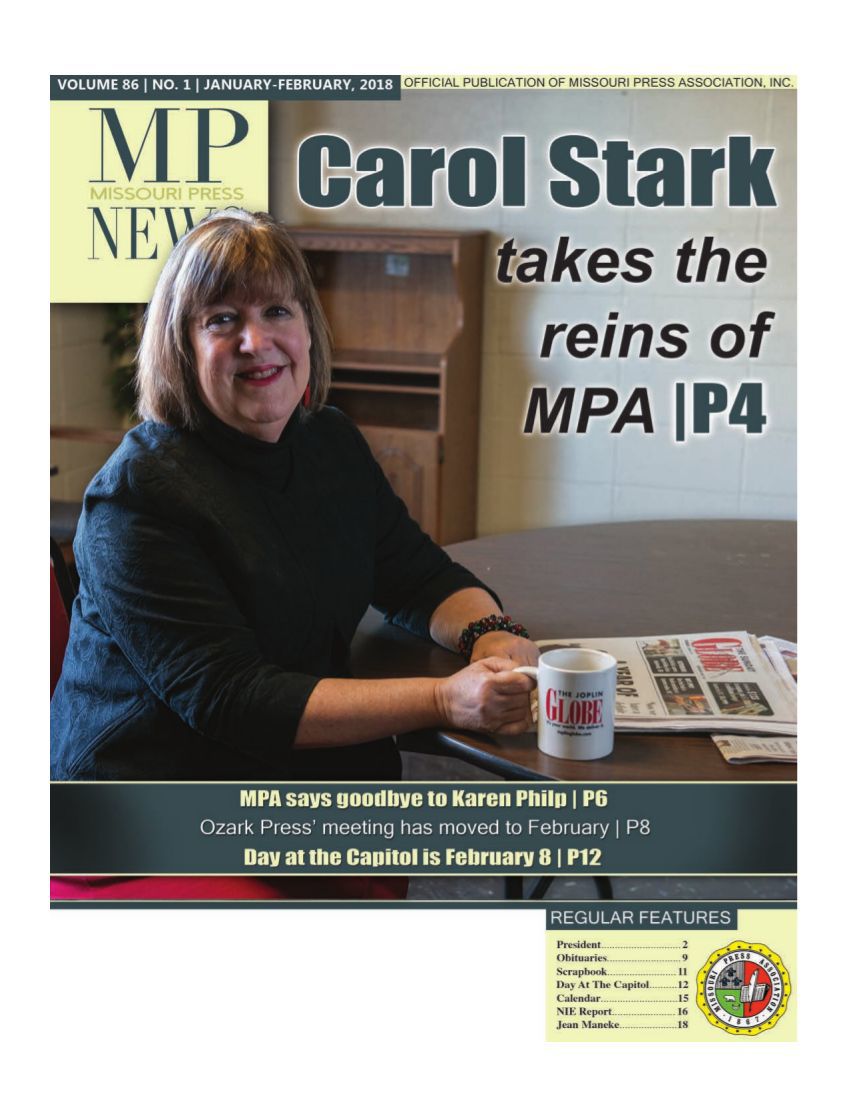 Carol Stark served as a past president of the Missouri Press Association and is due to be inducted in its Newspaper Hall of Fame in September.

In this photo from 2016, Joplin Globe Executive Editor Carol Stark presents Alex Brady with an honorary press badge, pen and notepad, and contribution to his college fund during a celebration for the Globe's 120th anniversary at Spiva Park.

Carol Stark served as a past president of the Missouri Press Association and is due to be inducted in its Newspaper Hall of Fame in September.

Carol Stark, editor of The Joplin Globe, who died Wednesday at Barnes-Jewish Hospital in St. Louis after a long battle with cancer, was remembered by friends and co-workers for her professionalism, warmth and humor.

Stark, 61, was recent past president of the Missouri Press Association and will be inducted into that organization’s Newspaper Hall of Fame in September, only the second person from the Globe to receive that honor.

Donna Barrett, president and CEO of CNHI newspapers, the Globe's parent company, remembered Stark for her warmth and her wit.

“Carol was an outstanding journalist and woman," Barrett said in a statement. "She was strong, funny, warm and wise, which is why she was tapped for leadership roles in CNHI and the Missouri Press Association. Everyone gravitated to her, and we all benefited from being around her.”

Joplin Globe Publisher Frank Leto said, "It has been my pleasure to work with Carol for the last year or so. She was a professional who loved her community and fully embraced a newspaper's role, especially in a community like Joplin. I will miss our Monday morning meetings when she would start with, 'Hey, boss, let's talk.' Discussing upcoming news plans, investigative projects, editorial positions and our community advisory board always started my week with energy and excitement. I respect her and I will miss her."

Bill Ketter, senior vice president of news for CNHI, said Stark was an “outstanding editor” who loved her community and had a passion for news.

“She was a champion of the First Amendment and cared deeply about the dual role of a newspaper as a guide dog and watchdog for the readers of The Joplin Globe,” he said. “She was known across the newspaper industry as an intuitive editor with a mission of always encouraging excellence.”

Former Globe Publisher Mike Beatty said, "Carol was not only the best editor Joplin ever had, but also a close friend who will be missed."

Stark began her journalism career at The Carthage Press, and began working for the Globe in 1983.

Over the years, she served in a number of reporting and editing positions for the paper, including assistant city editor and as metro editor from 2003 to 2007. In 2007, she was named executive editor, becoming the first female executive editor in the paper’s then 111-year history.

In 2018, she was named regional editor for Missouri and Eastern Oklahoma as part of the expanded news leadership structure announced by CNHI.

Among her accomplishments, Stark led the newsroom in the aftermath of the 2011 Joplin tornado, for which the Globe received a number of honors, including the Distinguished Writing Award for Deadline News Reporting from the American Society of Newspaper Editors in 2012. The paper also was named CNHI’s Newspaper of the Year and awarded first place in public service in 2012.

As a reporter, editor and columnist, she received numerous awards and honors from the Missouri Press Association, The Associated Press, CNHI and other professional organizations. She also served as a juror for the Pulitzer Prizes.

Stark was an advocate for the public’s right to know, and fought to ensure access to public records and open government. She also steered the paper into the digital age.

She also was a longtime mentor for young journalists breaking into the craft, including being an adviser to Missouri Southern State University’s The Chart; working with Joplin High School students on their newspaper, The Spyglass; running an annual journalism workshop for high school students for more than 30 years; and supporting legislation that would protect the journalism produced by high school students.

Recently, Stark and her family established the Carol Stark Excellence in Journalism Scholarship for students at Missouri Southern State University.

"Carol was always the complete professional," said U.S. Sen. Roy Blunt, R-Mo., citing her leadership role with the Missouri Press Association and after the Joplin tornado in 2011. "Over 20 years of knowing Carol we became good friends, though I never expected any special treatment."

He called her a "great person" who cared deeply for the local communities.

'She was a fighter'

Jasper County Judge David Mouton said he had known Stark for most of his life.

"We were debate partners in high school and worked on the high school newspaper together, and have kept in touch through the years," he said. "She was an incredible person. She has been a good friend to me and my wife and our children. She was an excellent writer and speaker, a dedicated journalist and, above all, loved her family. She has been a great asset to our community and will be greatly missed by all who were fortunate enough to know her."

Virginia Laas, one of Stark's friends, remembered her "sense of fun, sense of humor." She also recalled Stark's writing style and her "even tone" that allowed her to get her message across even to those who disagreed, without them feeling attacked or offended.

"She had ink in her veins," Laas said. "She was a pro in every way as a hardworking journalist. She defined herself that way and she was great at it."

Gary Duncan, president emeritus of Freeman Health System, said that as the Globe's editor, Stark developed a good business relationship with the community.

"I think she was tough but fair," he said. "She believed in the community, and what she did personally and with the staff during the (2011) tornado received all the accolades it should have."

Carolyn Trout, former director of the Joplin Public Library, said Stark had been a friend for more than 40 years. They met when Stark was a reporter for The Carthage Press and Trout was newly employed by the Carthage Public Library.

Trout said she became particularly close with Stark about 13 years ago, when Stark first began her battle with cancer.

“She was a fighter,” Trout said. “She was, without a doubt, the bravest person I’ve ever known.”

Sharon Beshore, who has taken turns chairing the boards of Connect2Culture, a Joplin arts advocacy organization, and the Missouri State Arts Council, noted her admiration for Stark.

"I admired Carol so much for her spirit, fortitude, and positive attitude, especially in the face of the adversity she faced with such strength. She didn't go quietly into the night. Those of us who knew Carol were not ready for her passing.

"... She shined in her years as editor of The Joplin Globe. We knew we could count on her commitment to the truth.

"The arts community felt totally supported and appreciated. She will be remembered and missed by all."